Gmunden and Lake Traunsee are located in the middle of Austria, at the border of the alps. Getting there is easy, although it takes time. The closest small airports are Salzburg and Linz, big airports are Vienna and Munich. From there you can take the car and the motorway A1, which is just 15 minutes away from Gmunden. Or the train, with a change in Attnang-Puchheim. 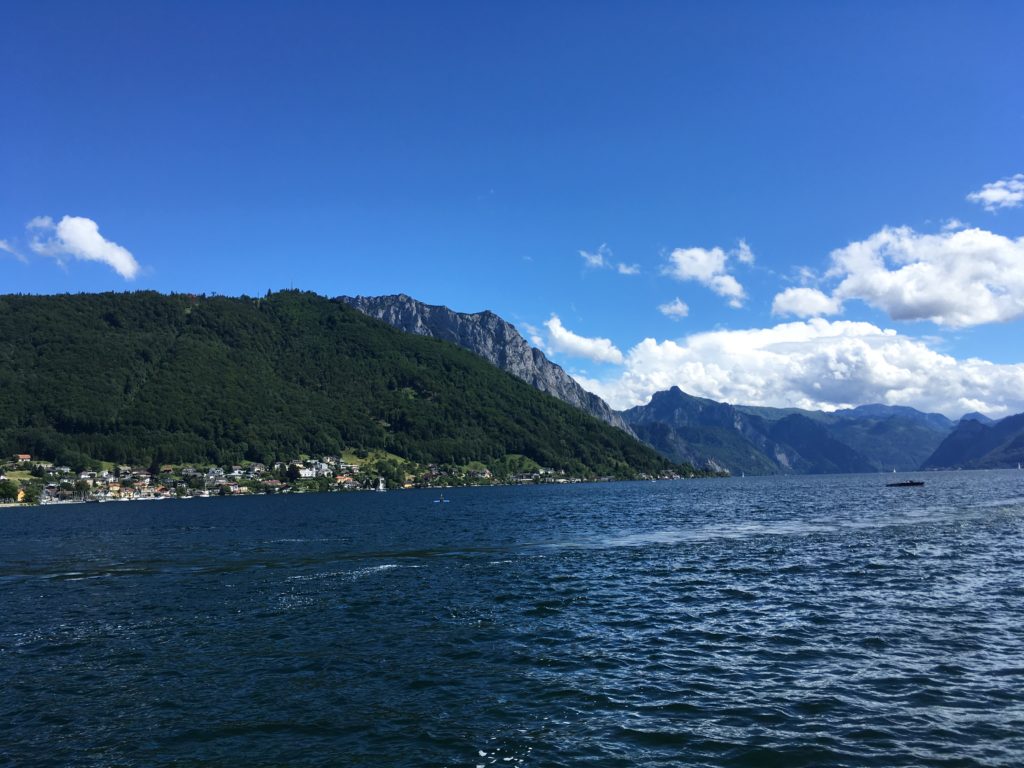 The best connection is probably via plane and train from Vienna airport, as it only takes less than 3 hours to get there by train. There is a big parking garage in the city center of Gmunden where you can park your car. It costs a bit of money, but it is worth it as it is really close to the finish line.

Registration for Bergmarathon  usually opens in early February. The spots are highly limited, and sell out really quickly.
On race weekend you can find the race office in a tent on the main square. You can’t miss it. Bib pick-up is quick and easy as it is a small race.
Around the main tent were several other stalls where you could buy last minute equipment. There are a few cafes in town where you can sit outside and enjoy the view. 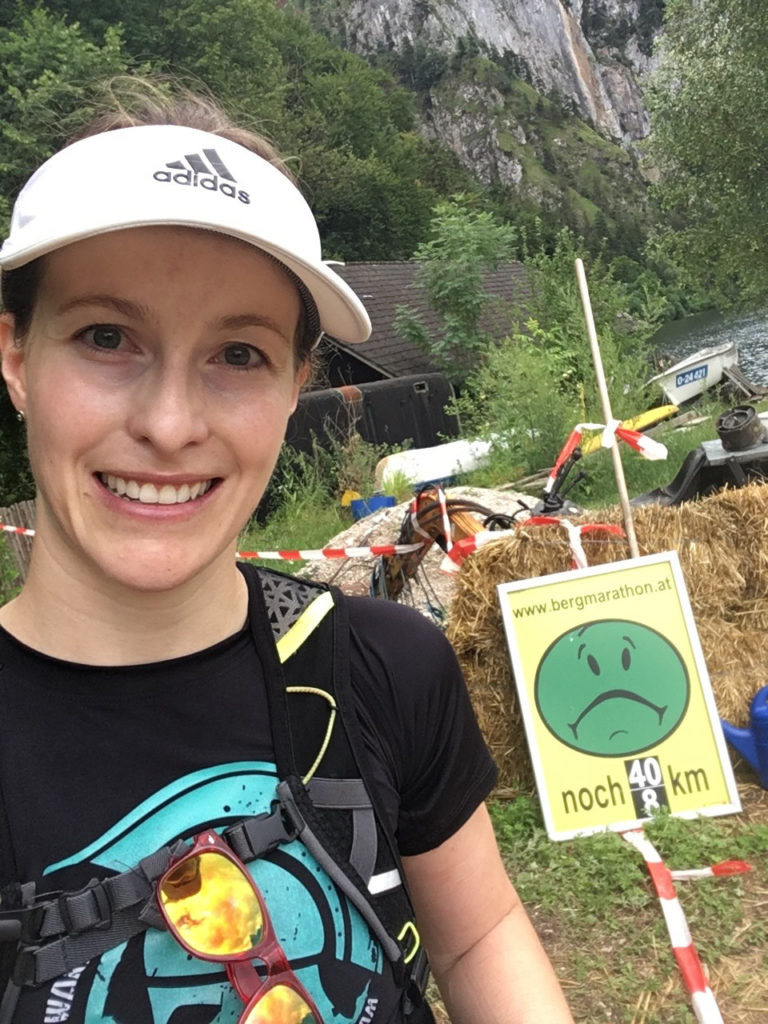 The Bergmarathon race starts in the middle of the night. The course begins in Gmunden on the north shore of the lake and goes around the lake in a clockwise direction. It goes up the mountains Grünberg, then up the rocky Traunstein and down into the Karbach Area. Then it goes up a “not officially” marked path up Erlakogel before heading into Ebensee at the south shore of the lake. This is also the course of the first “Half Marathon” from North to South. “Half Marathon” is a bit misleading, as it is 35 km and 3000 m of elevation gain.

And it is also misleading to talk about trail “running”. The paths up the mountains are rocky and steep, with ladders and steel ropes, and it usually involves a lot of hiking and technical climbing.

The town of Ebensee is not only the end of the first half marathon and cut off point for the full marathon (at 14:00), it is also the start of the second half marathon going from South to North via the mountains Feuerkogel and Gmundnerberg and ending back on the main square in Gmunden.

The last kilometer in Gmunden goes straight along the lake promenade “Esplanade”, with lots of people cheering.
Generally the course is clearly marked with bands. There are water and aid stations every few kilometers, some with food, others just with water. Some of them are really cute, like the mountain hut on Erlakogel and the restaurant in Karbach. The people running the aid stations are usually super nice and friendly, and will cheer you on when you need it. 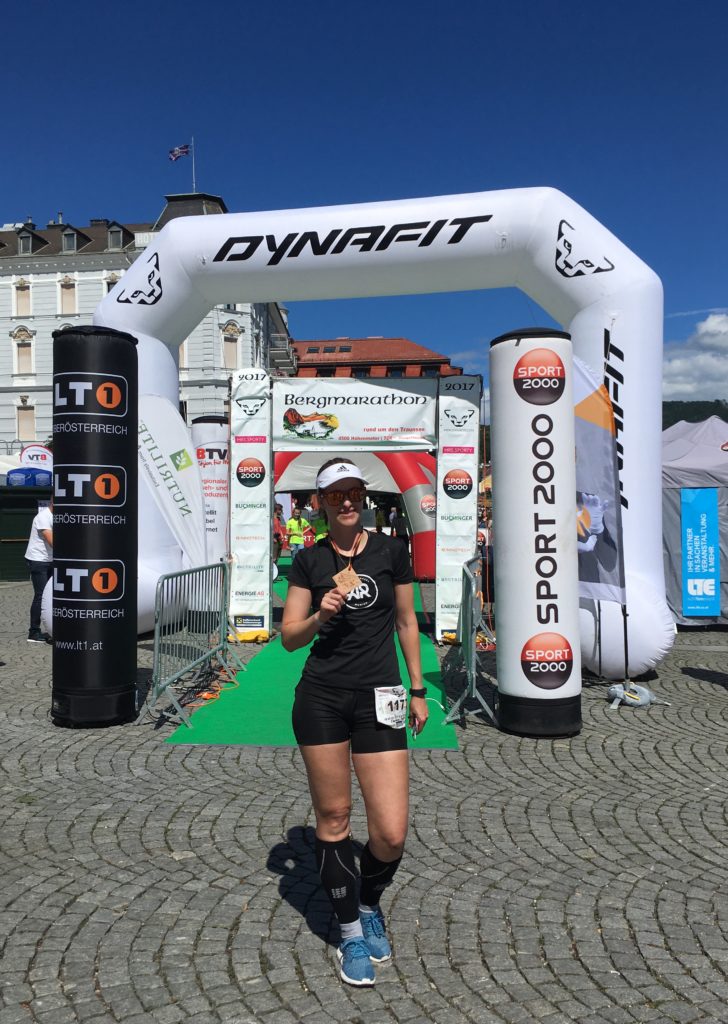 The finish-line of Bergmarathon is in the center of Gmunden. Athletes get refreshments after the race, but the area is also great place for spectators. There are lots of nice cafes where you can sit in the sun and have some ice cream. Is there anything better than celebrating your race victory with a view of the entire course you just ran? I doubt that.

In Gmunden you should definitely check out the lake island castle Schloss Ort as it is really pretty.
Around Gmunden there are also a lot of other things to do: