Everyday Hero Michael Law: how to run the fastest Marathon dressed as a star 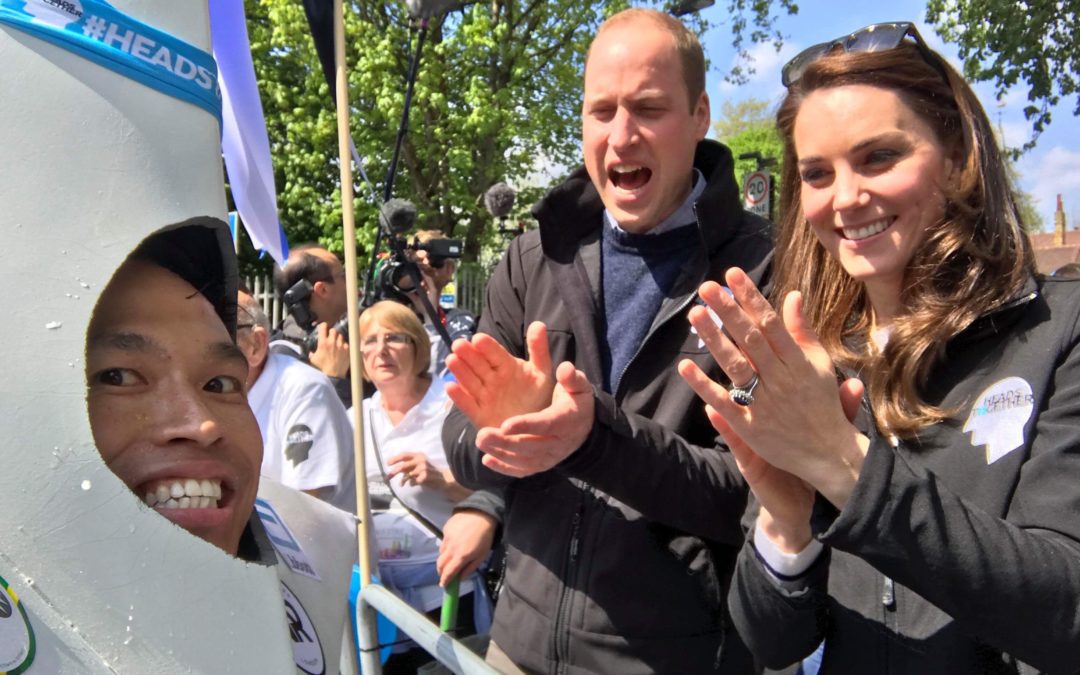 I first met Michael Law in March 2017 when I joined Adidas Runners London in preparation for London Marathon. At this time he was preparing for his Guiness World Record for the fastest Marathon dressed as a star, which he held until January 2018. 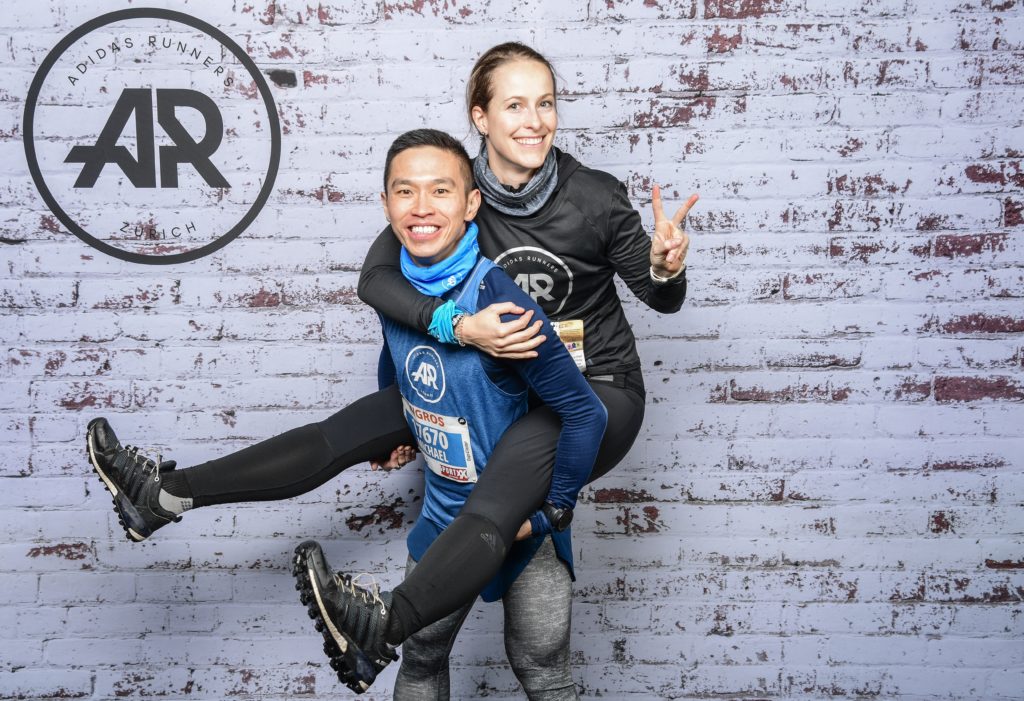 Michael and me. Photocredit: AR Zurich

He has since become a good friend and I am happy to share his inspiring story.
You can check out his Instagram here.

Tell me something about your pre-runner self

I used to play volleyball semi-professionally. I was fit and strong, but in a different way. Training was four times a week, and included weights, technique, agility and tactics.
I also did not care a lot about diet. I could eat everything.

When and how did you start running?

I used to share a flat with my former team mate Martyn and his wife Indira. She was really the reason I started running. We used to go on light runs to the local park on the weekends. 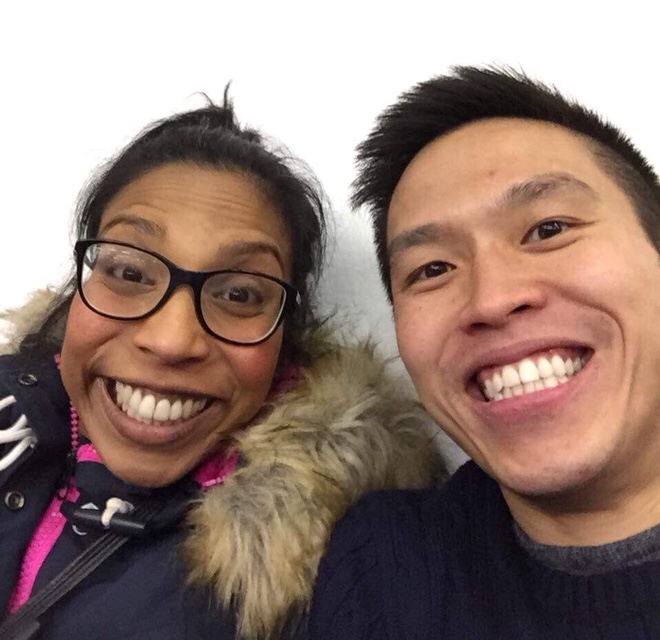 One day Indira was diagnosed with breast cancer. She was treated and had a healthy baby afterwards. Two years on, she was pregnant again. But her breast cancer came back and it was incurable. She chose not to have treatment and to give the baby best chance to survive, she gave birth prematurely to continue her treatment. While she was still in treatment I decided to run the London Marathon 2015 for her. In October 2016, she became really ill again, she passed away in November 2016.

How did you decide to go for the World Record?

After she died, I wanted to run again for her and her kids, so it seemed appropriate to run the same race. I got a charity place for London Marathon and wanted to do it in a fancy dress, but I was not sure what type of costume.
I remember that Indira always called me a star. And I always liked stars. So I randomly checked the Guiness World Record. It was 4 hours and 46 minutes. And I thought: “I can totally beat that!” 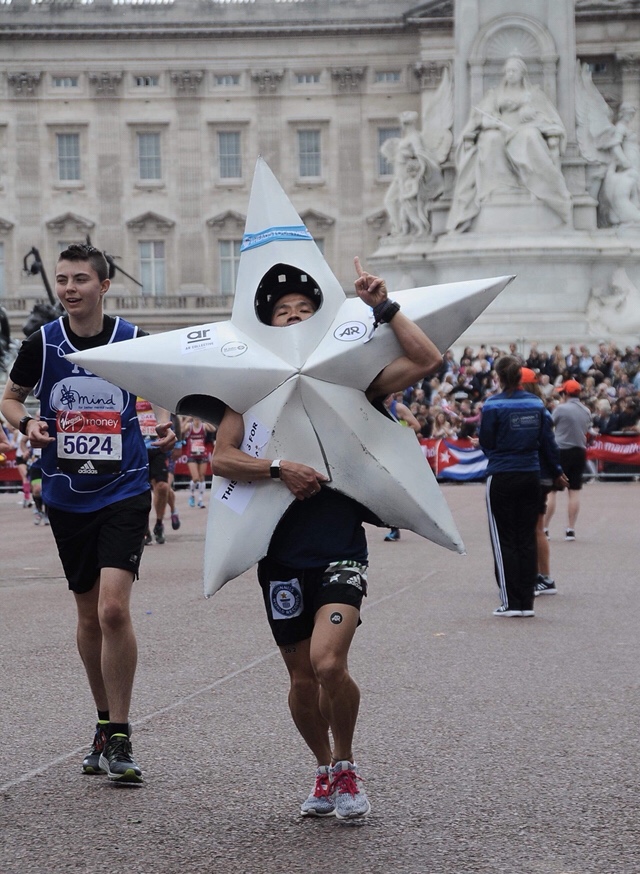 How did you train in you star costume?

I contacted a costume maker and gave him some ideas. He made it, but he built it too big as he made it to his measurements. I still took it as it just cost 60 pounds.
I trained only 5 times in it. The longest run was 5 miles. It was chafing a bit so I decided to wear arm sleeves for the Marathon.

How did the race go?

Race day was super hot. After a while I also had to take off the arm sleeves because it was just too hot. I couldn’t wear my sunglasses, because I couldn’t see clearly with them on. But the star kept bashing against my skin, so I had to hold it up constantly for nearly 20 miles. I was suffering a lot.
I also could not run fast because of that. And also the size of the costume was a huge problem as I could not go around other people. In the end it took me 4 hours and 20 minutes to finish.
The good thing was that I saw Kate and William three times. First at Cutty Sark, then later at mile 21 at a water station. There I was so hot I had to pour water inside my costume. 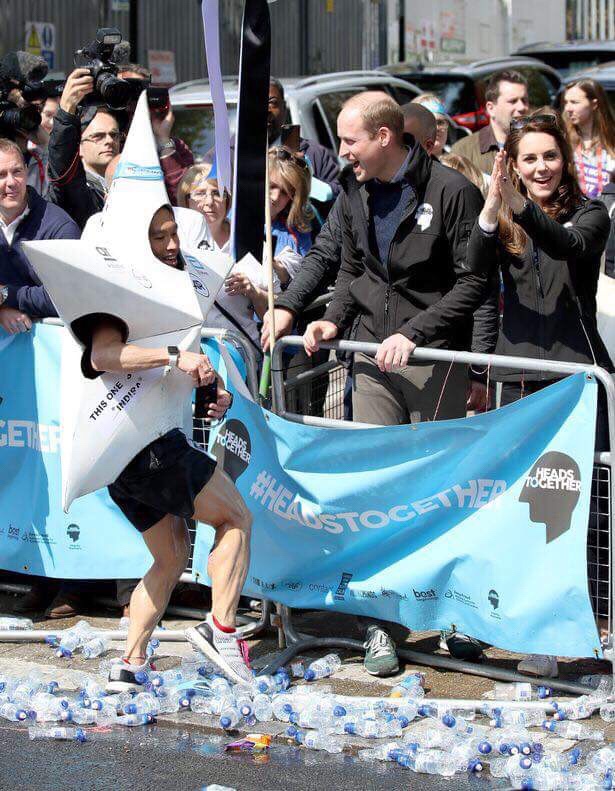 I saw them for the third time after the finish line, where Kate handed me my medal.

How did it feel to get the medal from Kate?

I felt very honoured, she even told me that I caught up quick. But it was also a very funny situation as she did not know where to put it because my head was inside my star costume. So she put it on top of it. 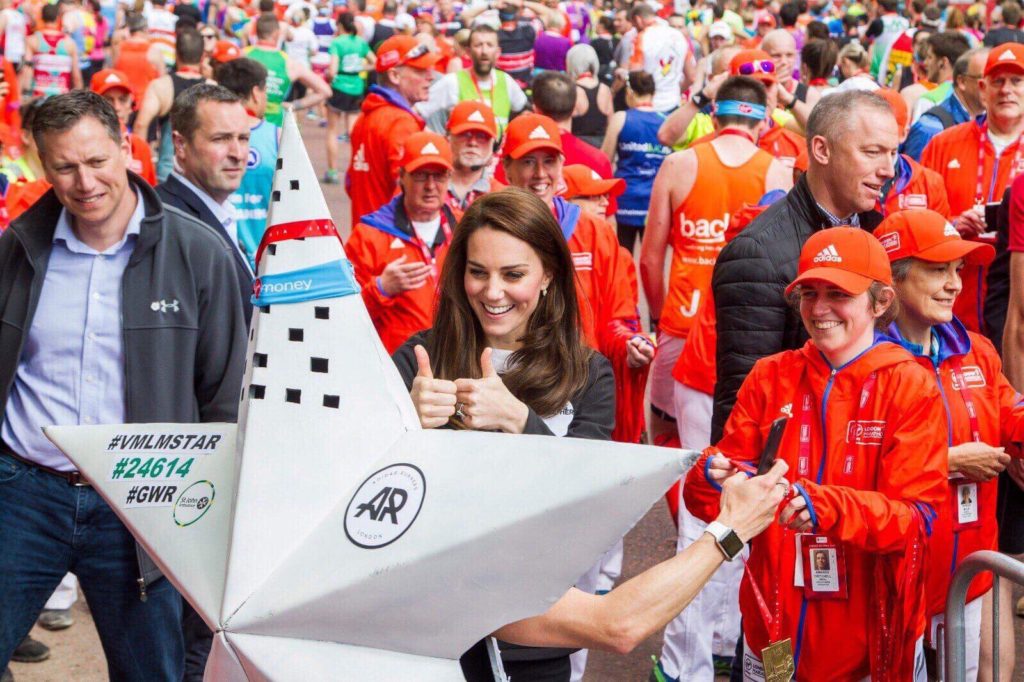 You also ran all six World Marathon Majors in 2017. Which one was your favorite?

I don’t have a favorite. I love them all in a different way. 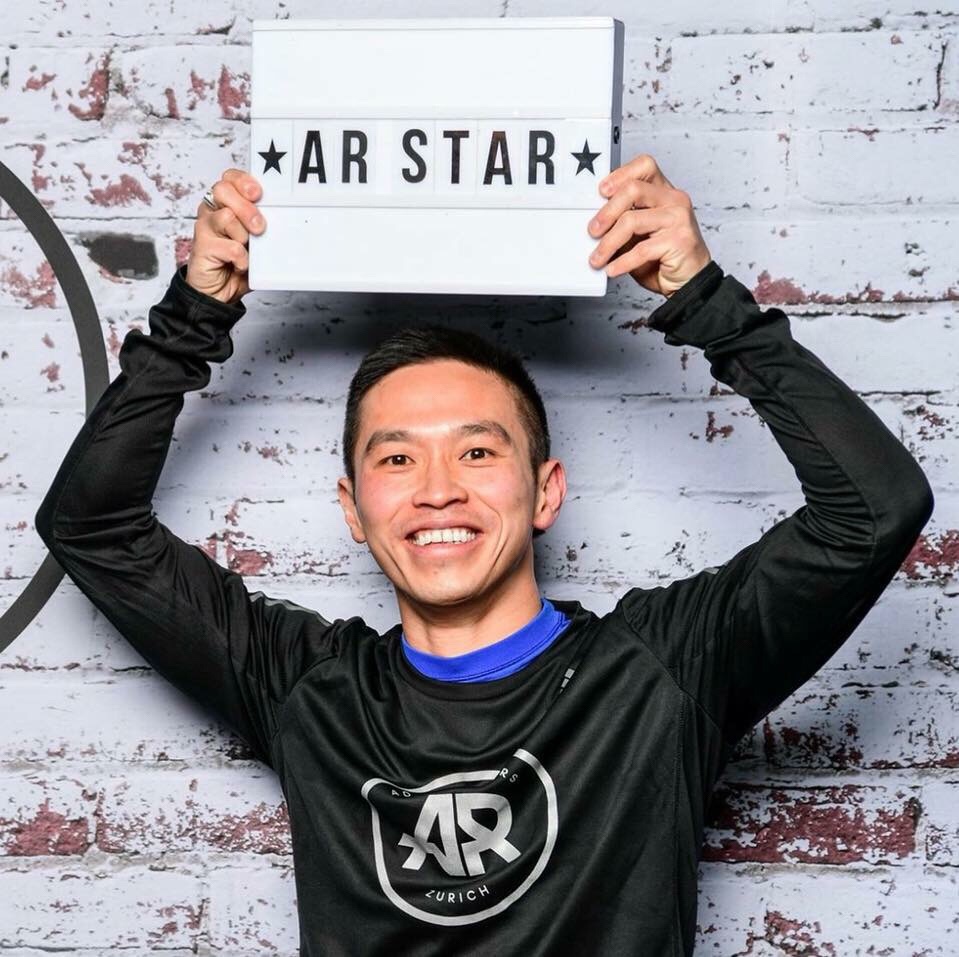