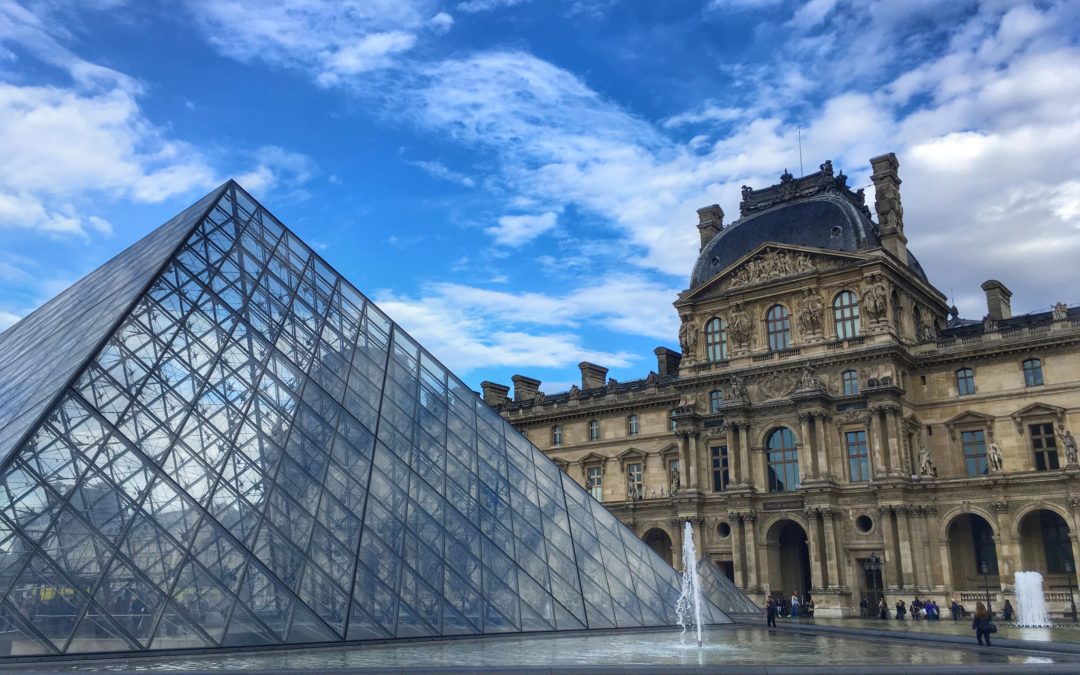 After my first Marathon in October 2015 I was absolutely sure that I would never run a marathon again. Fast forward a few months my friend Maria asked me if I wanted to join her running the Paris Marathon just a few weeks later. I said yes immediately, even though I was just training for a Half Marathon at the time. But as I always do, I just said yes and decided to figure everything out on the go…

Three weeks before the race Maria broke her shoulder while we were skiing in Austria. I remember seeing the X-ray results with her, and her first question was: Can I run a marathon in 3 weeks? Unfortunately her injury did not allow her to run, but she still came along to support me for my second marathon. And she did that in so many ways: she booked a hotel, she booked the train, and even let me borrow her hydration vest. When we walked to the start of the race the sun came out and I decided to change into shorts. It turned out to be the right decision because it was incredibly hot later that day.

The race went by really easily until around km 25. After the obligatory selfie stop in front of the Eiffel Tower I hit the wall. I was aiming for a 4:30 finishing time until then, but had to realize that that was not possible. I did not train for a full Marathon, so no surprise. The last 10 km in the Bois de Boulogne were the hardest for me. I was really relieved when I saw my old univerity (Paris IX Dauphine) because that meant the finish line was close. I crossed it after 4:43:00 with the biggest smile on my face.

After my first marathon (which was a complete disaster), I had finally finished a marathon: running, injury free and without even properly training for it. Maria then took me out for my obligatory post-race burger. And she even convinced the hotel staff to let me shower in our room even though we had already checked out. She signed up to run this year and I wish her all the best. With all the good karma accumulated last year I am sure it will be a great race.

Paris is easy to access by plane or car. The start and finishing area is located close to the Arc the Triomphe, which is also easy to get to via the station Charles de Gaulle – Etoile. The Expo is located at Porte de Versaille. It is quite a bit far off, but there is a good reason for that…

Bib- Pick up and Pre-Race

… and the reason is: the Paris Marathon Expo is so huge, it just needs a big convention center. And with huge I mean enormous. The biggest I’ve ever seen. It has a one way system, which is a bit annoying. First you get to the Bib Pick-up area. Be prepared to show your medical certificate (mandatory in France) and your ID. You then come into what I would call the sponsor area. Asics clothing and gear, as well as other sponsors. There is a big stage with a screen where you can take pictures. Do it there, as you can’t come back.

They also had a nice timeline there that showed how marathon shoes have evolved over the last century. The final part is a big marathon expo, where you can buy every product of every brand possible. I spent at least two hours there buying and checking out stuff. Make sure you bring enough cash.

On race day you drop your bag at the finish line, and then have to walk to the other side of the Arc the Triomphe to the start area. There are more portapotties in the finish area, but there are a few in the start area too. The start area of Paris Marathon is blocked with big wire fences, so it is not very easy to communicate with friends and family outside. Consider this and say goodbye to them earlier on.

The race starts at the Champs Elysees. It is downhill, so the views are amazing. But it is also very tempting to start way to fast. After crossing the Place de la Concorde the Paris Marathon route continues along Rue the Rivoli to Bastille and the further East until Chateau de Vincennes. From there it is heading back west again. It runs along the river Seine for a while (be prepared to go down and under some bridges), goes through a 1 km long tunnels and then passes the Eiffel Tower. Selfie time!!!

The final 10km are in the Bois de Boulogne which seems incredibly boring. The finish line is on Avenue Foch with perfect view on the Arc de Triomphe. There are water stations every 5km and a few sponge stations in between. The course is completely traffic free and the ambiance is just amazing.

The Paris Marathon finish area is big and well organized. Bag pick-up was fast and efficient. The meeting points after are a bit confusing, so in case you are waiting for someone, pick a fixed place first. From there you can hop onto the Metro or RER train at the Charles de Gaulle Etoile or head to one of the many nice french restaurants for some vin et frites.

I did not do a lot of sightseeing in Paris that weekend, as had lived there 8 years earlier. That’s why I am sharing some pictures of another trip to Paris that I did later that year.