Tegernsee Half Marathon and 10k 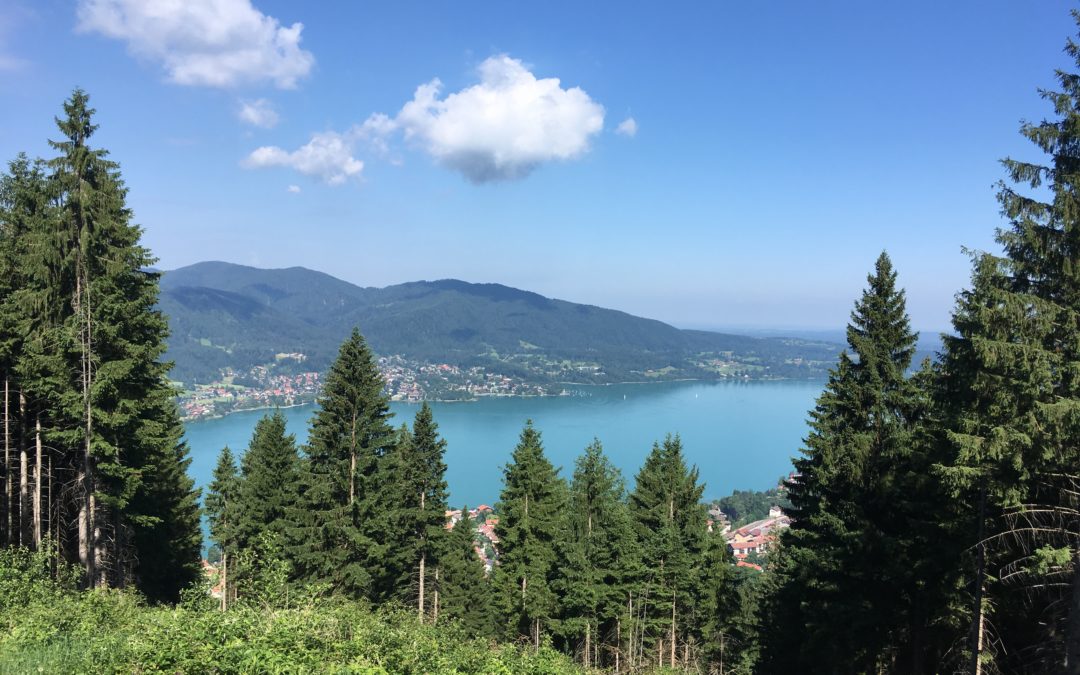 Meeting friends from all over the world, running around a beautiful lake in Bavaria, drinking Bavarian beer at Oktoberfest. That is what the Tegernsee Half Marathon and 10 km race is all about.

Lake Tegernsee is a beautiful lake just south of Munich. It can be easily reached by car, or by train using the BOB (Bayerische Oberland Bahn) train. It takes around one hour from Munich main station, and there is a cheap group ticket which costs 35 € for 5 people. The start and finish line area is literally right next to the train station. Although this might sound quite convenient, there are not a lot of trains going there and they are usually really packed. A lot of the people did not fit into the train even though they had waited on the platform. So you might be better off coming by car.

I was running Tegernsee Half Marathon as part of the adidas Runners Munich Community. We had our own bag drop, but there were also normal bag drop facilities, as well as other stalls where you could buy food, drinks etc. There were portapotties right next to the start and I never waited more than 5 minutes.
On race day it was really cold and rainy, so I dressed up in all layers that were available.

The Tegernsee Half Marathon course goes round the lake in a clockwise direction.

It starts in Gmund on the north shore and then goes through towns St.Quirin, Tegernsee, Schwaighof, Rottach-Egern, Abwinkel and Wiessee. Most of the time you run on roads, but there are also parts on gravel paths and sidewalks which are quite narrow. Watch out if you are running in a group.
It has two ascents in the end, which are really hard because your legs are already tired. Luckily there was also the Adidas Runners cheering point which helped me over this hump. The finish line is again in Gmund exactly where you started.

There is also a 10km course which shares the first 4km with the Half Marathon course before turning around and making a loop towards the finish line.
Aid stations were set up every 5 km approximately and were equipped with water, isotonic drinks and sometimes coke.

As the start line was also the finish line of the course there was no need to have seperate facilities. There was just a seperate area with food and drinks only for runners. You had to show your bib to enter. The variety of food was amazing. They had bananas, sweets, nuts, apples, Brezen and even yogurt. And of course they had alcohol free wheat beer.
The only downside was that the medal was not included in the price, but cost 5€. I would normally not pay extra for it, but as I ran a PB I really had to do it.

Lake Tegernsee is a very pretty lake to visit, as are the surrounding towns. the town Tegernsee has a very famous and old brewery worth a visit.
But the most important place to visit is Oktoberfest, as the Tegernsee Half Marathon is always held on the first Sunday of Oktoberfest. So make sure to pack your Dirndl or your Lederhosen and visit the famous “Wiesn” after your run to enjoy a Stein of beer. But beware, it is much stronger than normal beer. So if you feel the effects fast, it is probably not only due to your run.
Prost!