Overcoming failure – I missed my Berlin Marathon goal, now what? 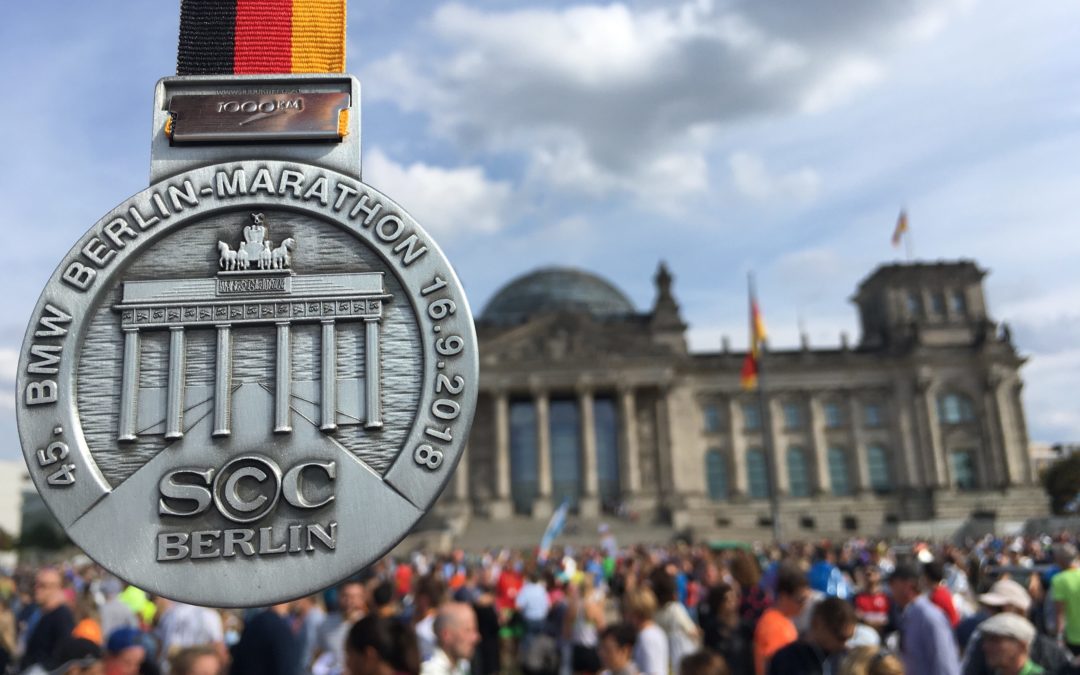 In fitness and sports we like to talk about goals and personal bests. But something we do not like to talk about is failure. Somehow the error culture in our modern social media influenced world is non existing. We rather present failure free and perfect lives on Instagram. But this is not the real world. Everyone fails sooner or later. It is absolutely human and we have to talk honestly about it. So I’ll make the first step: I failed and missed my Berlin Marathon goal of running a sub 4 hour time. And I am not very happy about it. And I know many other runners that also missed their goals at the Berlin Marathon 2018, and are also gutted about it. So why am I writing this blogpost? Maybe to give us all, including me a different perspective on how we can overcome our failures.

Overcoming failure step 1: Why did you have a goal in the first place?

Honestly ask yourself: Why did I set this goal? Did I want to do this? Or was this someting that was expected from me, but I did not want to do anyway? Maybe somebody else wanted you to achieve this goal, even if it was just your own ego?
In my case, it definitely was my ego. After having run a sub 4 hour time last year in Berlin, I was putting a lot of pressure on my self to reach that time again. I had already proven that I could do it, so I must be able to do it again, right?
But my goal fo the last 9 months had been something different. It had been to run 12 Marathons in 12 months, to enjoy them and to finish them injury free. I did not want to push myself and suffer. In the end, I did not want it badly enough. So I realized: this was not my goal, it was my ego’s.

Overcoming failure step 2: Did you have a plan B?

When setting a goal, it is always important to also set a plan B and C. This should not diminish your big goal in the first place, but give you something else to aim for, even when things don’t go as planned. Bacause in the end, your C goal should be the cake to enjoy, your B goal the icing and your A goal just the cherry on top. Would you still be happy if you just got the cake? Of course!
So for me this was very easy: My C goal was to finish the Marathon injury free. In the end, this is the only thing that brings me closer to finishing my 12 Marathons in 12 months project. My B goal was to finish with the fastest time of the year, and my absolute A goal was to run another sub 4 hour time. I made it to goal B, and so instead of being unhappy that I did not reach goal A, I can be happy about my B goal.
So next time you are setting goals for yourself, forget this black or white mentality. There is a lot in between to be happy about.

Overcoming failure step 3: Carefully look for reasons, but not for excuses.

And with that I mean really, really, carefully. Because it is easy to find excuses, but not easy to find reasons. An excuse is something that is beyond your control, and that you can blame for your failure. A reason is something neutral, that can help you explain your performance and improve it next time.
So blaming the hot weather and the crowded course for my failure at Berlin Marathon would be an excuse. Because the course is always crowded, and the weather is always out of my control. The real reason why I missed my goal time was something different: I was not prepared enough. I did not do enough speed work during the summer months, I did not recover properly, and I did not have the right mental mindset. These are not excuses, these are reasons within my own responsibility. And the good thing is: I can learn, grow, and work on these things.

Overcoming failure step 4: Accept that you are human.

So maybe you have found a reason why things did not go as planned. But maybe you did not. Whatever it might be, don’t blame yourself. Get rid of that guilt. That is just life, and in life things happen. It is absolutely normal and it is okay. We set goals, we try, we fail and that is just how we grow. It took Thomas Edison probably over 10.000 attempts to invent the light bulb. He never considered these atempts a bad thing:

Overcoming failure step 5: Adjust your crown and carry on!

You missed your goal? So what! Life goes on. There will another time, when you can try to achieve your goal. Maybe there will be new goals to chase. Go and focus on the important things in life: spending time with people that are important to you and doing things that you love.
Because in the end you are a Queen or a King on the way to greatness. So adjust your crown and carry on!