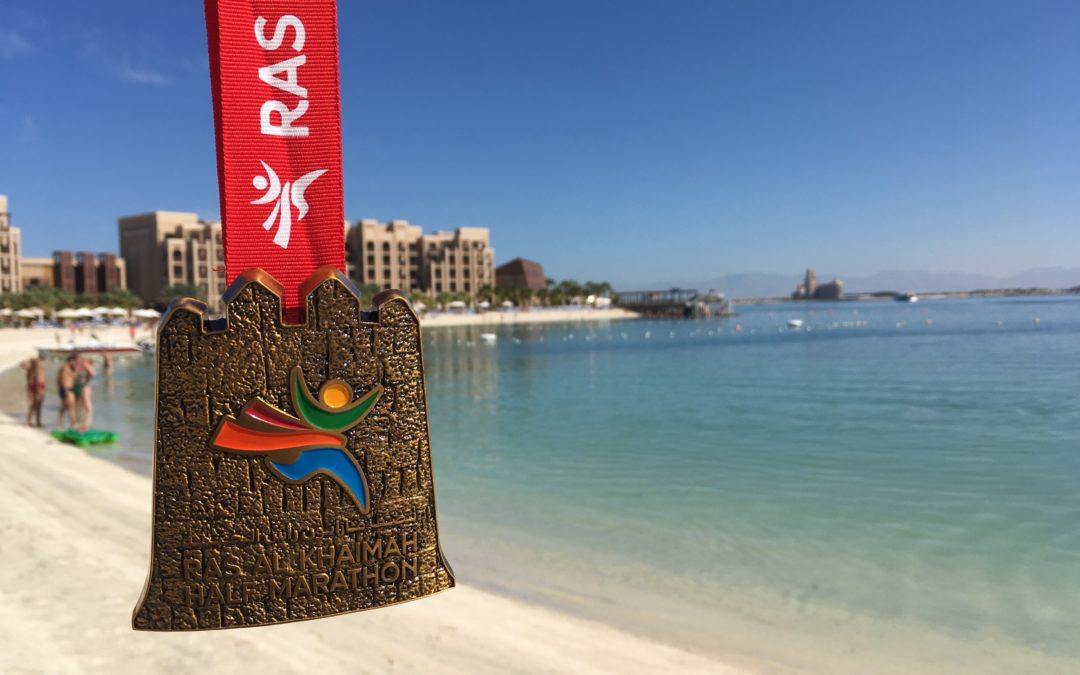 You probably have never heard of the Ras al Khaimah aka RAK Half Marathon. Which is a shame, because the RAK Half Marathon is one of the fastest Half Marathons in the world. It currently (2019) is the course of the European Record, set by Swiss runner Julien Wanders in February 2019..

The RAK Half Marathon is very fast and flat, but unfortunately also a bit boring, because it is located in a quite remote area. But you will definitely not miss your friends and family on the sidelines, and the weather will also very like be fantastic. One more cool thing: the official RAK Half Marathon race pictures are free for everyone afterwards.

Ras al Khaimah is one of emirates that forms the United Arab Emirates. It is located approximately one hour North East of Dubai, which is also the closest international airport you can fly to. You can then rent a car and go to Ras al Khaimah directly, or stay in Dubai and drive to the race on race morning, or take one of the official race shuttle busses provided.

The race itself is located at Al Marjah Island, which is around 30 minutes outside of Ras al Khaimah. So the race itself is actually nearly in the middle between Dubai and Ras al Khaimah. The group of artifical islands is currently being devoloped, with lots of hotel and apartment projects. We stayed at the Double Tree Al Marjan Island, which is right in front of the start and finish line, and is also the location of the official pasta party the night before.

Bibs for the Ras al Khaima Half Marathon will be sent out to local emirati runners via mail. If you are an international runner you can pick up your bib the night or the morning before the race in the race village.

The RAK Half Marathon race village is located right in front of the Double Tree Al Marjan Island hotel. Besides the start and finish line it has a big area where you can eat, drink, and watch the super fast runners come by. There is also a bag drop, where unfortunately we waited quite long to pick up our bags. But besides that the race village is a great place for runners and spectators to hang out and watch the race.

The RAK Half Marathon course is a very flat and fast course, but unfortunately a bit boring. It first heads South and East for the 5 k mark. It then goes back the exactly same way to come back to the start at around the 10km mark. The second half of the course goes up North and back South along the Al Marjan Islands.

Most of the course is in the sun, with some plam trees in between. The race starts really early, but it can get hot later. There are water stations every 2.5 km, and porta potties, first aid stations and electrolyte drinks every 5 km.

As Dubai is round the corner, you can check out all my sightseeing tips from my Dubai Marathon blogpopst.

Did you run this fast course? Let me know in the comments!