12 things I learned while running 12 Marathons in a year 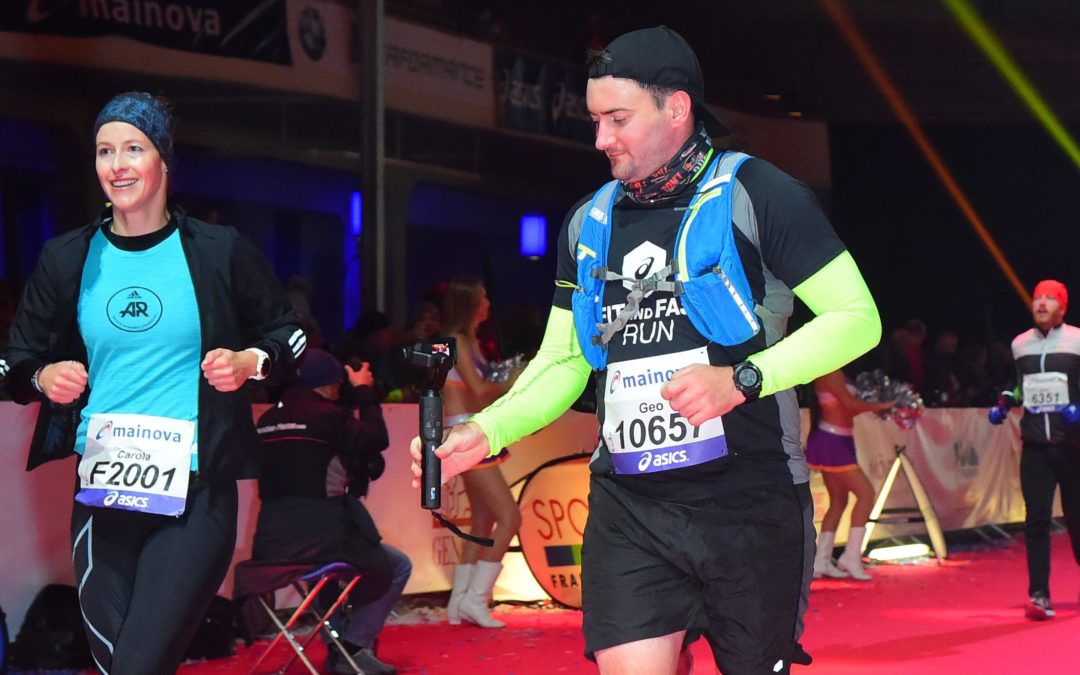 In 2018 I ran 12 Marathons for charity. This was by far the most challenging and life changing project I had done up to this point. Besides accumulating lots of awesome finisher t-shirts, medals and memories along the way, I also learned some valuable life lessons during these 12 Marathons that I want to share with you right now.

In case you are interested in race recaps of all of my 12 Marathons, you can check them out here.

1. Your body and mind are capable of doing amazing things

When I first announced that I would be running 12 Marathons, people thought I was crazy. Most people told me I could not do it: “You will get injured. You will get bored. It is very likely you will fail.”

But it turns out, that none of these things happened during my 12 Marathons. My body was totally capable of running 12 Marathons within a year. And also, my mind did not get bored of running Marathons. Yes, it took A LOT of hard work, grit and determination to go through all the training, traveling, and recovering. But I made it happen.

So next time somebody tells you that you can’t do something, don’t believe them. Just believe in yourself.

2. You need to listen to your body and not to your ego

When running 12 Marathons it is absolutely clear, that you can’t run a PB every single time. You can’t push yourself too much, on every marathon, as this will destroy your body. So, get rid of your expectations and your ego, and just run the 12 Marathons slower than you would usually do. Your recovery time will be much faster and you will be back in training sooner.

But even if you run slow, running 12 Marathons is an enormous stress on your body. You need to make sure you don’t get worn out or injured due to overtraining. So listening to your body is really crucial. You will get tired at one point, and your legs will hurt. But always listen to your body and stop, before it becomes too hard. Take a day off, when you feel a little niggle bothering you. Skip your training session and go to bed early when you feel like getting a cold.

During the past 12 months I really learned how to listen to my body and how to do what it needs. Taking a little break, getting a massage, going to bed early. I truly believe that this skill was what got me through 12 Marathons without injury and overtraining. And this skill is nothing that is given naturally. Everyone can lear it.

3. Training runs are only half of the preparation

You need to cover all of your four bases. Besides running you need to strength train, to stretch and to recover properly.

I personally did lots of HIIT Cross Fit style workouts as strength training. Especially the squats and lunges were great for my stability for my running. During these classes we also did lots of stretching and mobility work. Even though I did not get rid of all of my problem zones (Achilleas that is) it still helped me a lot to stay injury free.

And of course don’t forget the recovery. I did not run a high mileage per week. The average was just around 45km, which for a marathon runner ist not a lot. But in total I worked out 10 to 12 hours per week. With that amount of training, recovery was crucial. Easy spinning classes, yoga, sauna, and lots of sleep are great ways to recover properly.

4. You will lose speed when running 12 Marathons

Yes, my friends told me, that I will not get faster when running 12 Marathons in one year. I would get slower. And yes, I did. A lot. There are a lot of reasons for this, let me just briefly mention the 2 main ones: First, you will not be able to recover properly due to racing so often. Second, you will not be able  to do as many hard speed and interval workouts as before.

All together this will make you slower and you will lose speed. But this is not that bad. The next learning is why.

5. …but you will gain so much mental strength

Most of the training you have to do to run 12 Marathons in a year is basically boring. Recovery runs, long runs, and even more boring runs. And that all year round, rain or shine. But besides training your endurance you will also train your mental strength and your grit. This huge amount of boring and sometimes painful workouts will make sure you can push through even more boredom and  pain while running 12 Marathons. It will prove to you that as long as you focus on one goal and slowly approach it, step by step, everything is possible.

6. Raising Money for Charity is hard

I really like combining my passion for running and doing something good to change the world. But I soon had to realize, that raising money for charity is really hard. I am not the person that likes to spam other people’s social media accounts, and I also don’t like openly asking for money. What struck me really hard was that at one point I heard that people were thinking I was raising money to pay for all my racing and traveling, which was just not true. All the money people were donating was going directly to the charities I was supporting. I did not even see one cent.

So, in case you still want to support my cause, there is still time until the end of 2018. Just go to my fundraising page here and scroll down to see how hou can donate.

7. Combining running and traveling is awesome, but exhausting and expensive

I have run my 12 Marathons on 4 different continents. I ran Disney World Marathon in the USA (Amerika), Two Oceans Marathon in South Africa (Africa), Dubai Marathon in the United Arab Emirates and Tel Aviv Marathon in Israel (Asia). All the other ones I’ve ran in Europe, but I visited countries where I’ve never been before. (Iceland, Liechtenstein).

And even though traveling to all these Marathons was expensive and exhausting, I would not do it differently. I love seeing new places, trying new foods and soaking up different cultures. Even though the Marathon spirit is great everywhere, I loved the subtle differences in each country. Like that Capetonians call a pace maker group a “bus”, or that they play classical music at the start of Vienna Marathon or Prague Marathon, or the joy of Disney World Marathon.

8. Running 12 Marathons with friends is so much fun

I ran most of my 12 Marathons with friends. I either met them before the race, or ran with them, or celebrated afterwards. Sometimes, I made new friends at the race. Like at Disney Marathon, where I met a fellow guy from the Adidas Runners group right underneath Cinderella’s castle. Or when I bumped into my friend Geo right before the Frankfurt Marathon, and he ran the wohle race with me.

All of these 12 Marathons with friends taught me that having someone to talk to during the race, someone that pushes you when you feel low, or that you can pull when you are feeling high. I loved supporting my friends Veronika and Susanne through her first (Ultra) Marathons. Congratulations, girls! You did great!

9. …as is running slowly and enjoying the race

During all these Marathons where I had to take it slow so I would not wear out, I realized that I actually enjoyed running slowly much more that pushing for a PB. I enjoyed the beautiful scenery while running the Liechtenstein Marathon or the Two Oceans Marathon, soaking up the ambience of the cheering crowds at Berlin Marathon, and taking tons of selfies with Mickey and Minnie at Disney World Marathon.

I don’t know if I could even push myself hard for a new PB anymore, because I would not want to miss out on everything off the course. Or the countless race selfies.

10. Take care of your toenails

Yes, this is no joke. I seriously destroyed one of my toenails while running 12 Marathons. I lost my toenail, and it did never grow back properly. It looks really ugly and disgusting right now half a year later, and I am too embarrassed to get a pedicure or wear sandals.

So make sure you regularly cut your toenails and buy large enough shoes. I also recommend regular pedicures, although they might be out of your budget. But even a good at home pedicure will help you to have presentable feet even after 12 Marathons. And no, this not only goes for girls. Bloody toenails also look disgusting on male feet.

11. You will no longer be nervous before Marathons

One thing I actually lost during my 12 Marathon project was my pre-race nervousness. Instead I got a really good routine. I knew exactly what I needed to do and when I needed to do it. How long I needed to get ready, how often I had to use the bathroom, how to rub my feet with Vaseline before I put my socks on, or what equipment I needed during my race. But the most important thing: I no longer felt nervous before the race. I could finally sleep the night before, and actually enjoy my breakfast on race day. I started to dance around at the start because of joy, and not because of pre-race jitters. For me, who has always been super nervous before races, this was absolutely life changing.

So if you are a nervous wreck before races, there is a chance that even you might become a routined pro.

12. You can run a Marathon in your first trimester of pregnancy

I actually ran three. I ran Berlin Marathon before I knew I was expecting, and Munich Marathon and Frankfurt Marathon when I already knew. This is not very common and I do not recomment it for everyone. But finishing my 12 Marathon Project was very important for me, and my doctor said I could continue running if I took it easy. That’s what I did and I finished the two Marathons in 4:43 and 5 hours respectively.